About The Artist Ralph Manis

About The Artist – Ralph Hawke Manis

selling them on the streets of Greenwich Village in New York City. He later graduated on to hand painting them with acrylic paints and finally after a friend told him about airbrushing and Phil Brown taught him how to silk screen t-shirts his new printing and hand painting business started to take off and the rest is history.

Also, at fifteen while working at an advertising agency doing paste up’s, mechanicals and logo design Ralph began working on his own comic series, “Space Pirates”. He also began playing the guitar, and creating artwork for rock and roll bands. After grinding away a few years in the advertising business, Ralph, with the encouragement of friends and art enthusiasts, began painting jackets, guitars, walls, banners, and whatever else he could get his hands on. Ralph found that he could share his art and make a little money as well.

Ralph brings his vision of infinity down to earth by incorporating photo realism into his work. Photo realism is an obsession Ralph has had for as long as he can remember. Working on producing the photo realistic image was an addiction until he attended figure drawing sessions at the Soho School of Living Arts. In his early twenties he spent eight months religiously attending these figure drawing sessions. He loved the freedom there. “There were no teachers, no critique, and no one looking over your shoulder. I was free… free just to draw”. The freedom experienced in Soho resulted in over 500 pieces.

As an artist who was well known in the “Village” Ralph chose not to involve himself with the mundane aspects of everyday business. Instead, he would hang out in the clubs (we were Danceteria brats) listening to music and creating art. This period in his life resulted in making staff shirts for Jimi Hendrix’ Electric Ladyland Studios, promo shirts for numerous rock and roll bands, and a show at NYC’s hot spot The Limelight. Entrenched in rock and roll and influenced by his figure drawing sessions, this period resulted in the creation of many of Ralph’s finest works of the rock and roll legends.

Based on his years of experience, Ralph has developed a full line of fine art prints on fine art paper and 100% cotton T-shirts. Each print is airbrushed with vibrant colors to create a unique and original style. “A fantastic array of art, space, and color, detailed and intricate, yet balanced”, the way only the artist himself could do it. Ralph fells his “loyal fans and customers come first” therefore, he makes his art available to everyone versus the elite few, although occasionally he can be coaxed into working on a time consuming personalized project.

While working for Bill Graham Presents in San Francisco, Ralph had the pleasure of meeting hundreds of musicians that have become fans of his work and wear his shirts on stage. Bands like Jesus Jones, Blues Traveler, Third World, Love Seed Mama Jump, Montana Wild Axe, Ben Andrews, and too many more to mention. Besides making staff sweatshirts for BGP Ralph also had the honor of heading up the crew that built the largest float to ever parade in a Grateful Dead Mardi Gras show and ride in it.

West coast concert promoter Bill Graham once said of Infinitee Designs by Ralph Hawke Manis “I’ve never seen anything quite like them. They’re truly amazing” After viewing one of Ralph’s tie dyed t-shirts the Grateful Dead’s Jerry Garcia said “Wow! What is that?”

Ralph Manis’ Autodesk Maya, Bryce, and Photoshop digital computer graphic artwork is heavily influenced by music from the 60s, 70s, 80s and 90s. Rock legends like Jimi Hendrix, Jim Morrison, John Lennon, Bob Marley, Janis Joplin and well, you get the picture. As you view the images in this site you will come to see this influence quite clearly.

Ralph’s artwork has been published many digital art books including “Digital Beauties” from Taschen publishing as well as being the a featured artist in one of the premiere issues of Renderosity Magazine with his very popular and descriptive “Angie 3D Portrait Tutorial” that guides digital artists through creating your character in Poser, making a UV map, importing into Bryce, using photos, creating and adding textures and fine details in Photoshop. For beginners to advanced users. Ralph has also been published in such prestigious art books as “Femmes 3D”, “The Best of 3D Graphics”, “3D Artists Guide to Real Word Applications”, “Femme Digitale” and the highly respected Ballistic publishing’s “Elemental 3” series.

About The Artist – Ralph Hawke Manis – Today Ralph explores the endless wonders of digital and 2D and 3D creative arts as well as sharing his knowledge and vision through his extensive graphic arts website Infinitee Designs. By immersing himself in the digital world by designing and programming Drupal and WordPress websites, CD jackets, book covers and concert posters Ralph has reinvented himself through digital computer graphics and special effects. 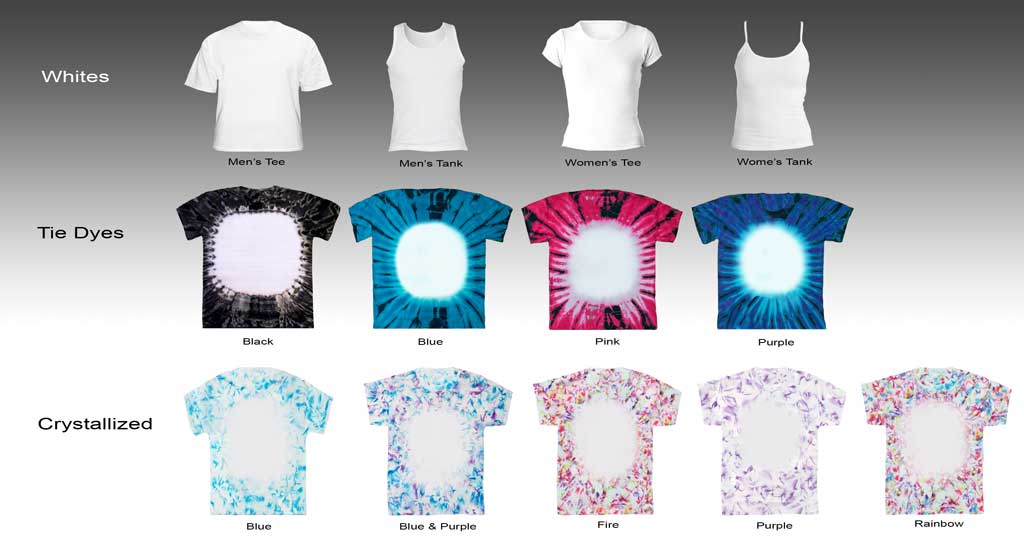 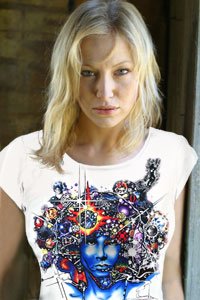 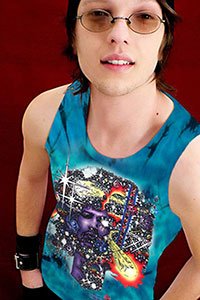