3D Mirage
Animation Studio based in New York. They provide a broad range of high-end 3D solutions to our clients in a cost-effective manner. Services include 3d animation production, training and job-placement.

Academy of Art College
San Francisco, California. For the third year in a row, the New Media division of Computer Arts has again taken top honors at the prestigious 2003 Adobe Design Achievement Awards.

Academy of Television Arts & Sciences
Home of the Emmy awards.

Acting for Animators
Acting For Animators, by Ed Hooks, is the first book about acting theory that is written specifically for animators.

Aniimax
Large resource for textuires… All the pictures in their database are taken by a CONTAX G2 camera on Kodak Ektar 25 ASA high definition films and scanned by a Polaroid Sprint Scan 4000. The original pictures are in 3000×2000 pixel X 36 bit color depth.

Animation Nation
The voice of the animation industry. Forums, message boards, articles and an extensive collection of links.

ASIFA .net
Society for Animation Studies. International membership organization, which is open to scholars and filmmakers, puts on annual conference devoted to animation history and theory.

AWN
The Animation World Network is the largest animation-related publishing group on the Internet, providing readers from over 145 countries with a wide range of interesting, and helpful information about animation.

Bloop Animation
An independent animation studio with a focus on education. We have a wide selection of in-depth professional animation courses and books. We also produce animated short films.

Blur
Some of the coolest stuff in the world! I highly recommend a visit to this site.

CalArts
CalArts is that unique institution where borders are meant to be crossed, where vision and creativity are at the core of everything we do. Our students are engaged in re-imagining the future of the arts and exploring dimensions that have never before been considered. Our faculty artists are much more than teachers. They actively pursue their own artmaking while acting as mentors and colleagues with students.

CG Channel
Vortal dedicated to the world of Computer Graphics, art and technology.

Christian Lorenz Scheurer
Conceptual designer and digital matte painter, has worked on some of the most innovative movies, games and commercials of the past decade. His range of projects reaches from architectural design for movies such as The Fifth Element to concept art for The Matrix and Titanic to the fantastic dreamscapes of Dark City, What Dreams May Come and Final Fantasy. This site provides a selection of his worlds and works. I highly recommend this site.

Computer Graphics World
If you want to know something, anything about computer graphics this is a great place to start.

DHX Entertainment
Develops, produces, distributes and merchandises animated content for children and families worldwide. DIC’s activities range from developing original characters, such as its flagship property, Inspector Gadget, to acquiring trend-setting properties, such as Speed Racer, and translating them into successful television and direct-to-video programs.

Disney Online
The magical place on the Internet where kids and their parents connect with their friends to play, to learn, and to explore.

F
Film Roman
Film Roman is an operating unit and wholly-owned subsidiary of Starz. It is a leading animation studio in the United States producing animated TV/movie content for studios, networks, distributors and audiences worldwide. Based in Burbank, CA, Film Roman has a state-of-the-art animation facility and some of the industry’s leading animation talent.

The Capilano college animation department! This site is a showcase for the graduates of the commercial and digital animation programs.

H
Harvey Deneroff
Harvey Deneroff’s site, a recognized expert in the field of animation, who has written for many of the top journals in the field, offers a wide range of consulting services to the animation community. This includes representation of overseas studios in North America, research reports, market surveys, and the organization and administration of conferences and animation festivals.

I
Ianimate
iAnimate.net is an online animation school like no other. We offer a complete set of workshops designed to target all your animation needs, and put you in direct contact with veteran animators from the biggest & best studios in our industry.

InsideCG
InsideCG is a community site that provides CG enthusiasts and professionals with current news and hard-hitting product reviews/articles in the computer graphics industry.

A guide to landing a career in animation and motion graphics, based on more than 3000 applications.

Lucasfilm’s Animation
Lucasfilm’s animation division formed in 2003 to produce Star Wars: The Clone Wars, an Emmy®-winning series that ran for five broadcast seasons. The studio is currently hard at work creating Star Wars Rebels, which explores the rise of the Rebellion between Star Wars: Episode III and IV.

N
NCCA
The National Centre for Computer Animation is the United Kingdom’s leading centre for teaching, research and production in digital media.

Nickelodeon Animation Studio
Home of the most inventive, unforgettable, and seriously ridiculous shows for kids.

Pixel2Life
Pixel2life is the largest tutorial search engine on the internet catering to graphic designers and programmers. From Photoshop to Poser to C++, we have it all in the fastest and friendliest search tool around.

Pixologic
Makers of ZBrush – ZBrush is a digital sculpting and painting program that has revolutionized the 3D industry with its powerful features and intuitive workflows. Built within an elegant interface, ZBrush offers the world’s most advanced tools for today’s digital artists.

R
Ralph Bakshi
Step inside Bakshi Productions – where you will see preliminary drawings, developmental character designs, paintings, backgrounds, animation, and much more never seen in public before. Take a stroll through the history of adult animation with the films that began it all. Maker of such classics as: Fritz the Cat, Heavy Traffic, Wizards , Cool World and The Lord of the Rings (The original).

Rhinoceros
Rhino can create, edit, analyze, and translate NURBS curves, surfaces, and solids in Windows. There are no limits on complexity, degree, or size. Rhino also supports polygon meshes.

Silicon Graphics
Celebrating its 20th year, SGI, also known as Silicon Graphics, Inc., is the world’s leader in high-performance computing, visualization and the management of complex data. SGI® products, services and solutions enable its technical and creative customers to gain strategic and competitive advantages in their core businesses. Whether being used to design and build safer cars and airplanes, discover new medications and oil reserves, predict the weather, entertain us with thrilling movie special effects or provide mission-critical support for government and defense, SGI systems and expertise are empowering a world of innovation and discovery.

SIGGRAPH
Their mission is to promote the generation and dissemination of information on computer graphics and interactive techniques.

Softimage
The Softimage 3D software is one of the industry-leaders for 3-D character animation and special effects in the film, commercial and games development markets. XSI Gallery .

T
Terragen
Terragen™ is a powerful solution for rendering and animating realistic natural environments. Create entire worlds from your imagination, or import real world terrain datasets and use Terragen 3 to create the most realistic visualisations possible. You control the weather, landscape, rivers, lakes and oceans, suns, moons and stars.

V
VanArts
For over 20 years VanArts has been a top tier animation school, most recently ranked #3 by Animation Career Review for its’ 2019 rankings. Our highly experienced faculty members are passionate about teaching the craft of character animation. Learn how to animate believable character performances with Maya for 3D or Harmony and hand drawn classical animation for the 2D program

VIZup
VIZup Optimizer is a free application to help you reduce the complexity of your 3D models and scenes, thereby making them fit for use in real-time visualization environments

Web 3D Consortium
Provides a forum for the creation of open standards for Web3D specifications, and to accelerate the worldwide demand for products based on these standards through the sponsorship of market and user education programs.

Women In Animation
A professional, non-profit organization established in 1994 to foster the dignity, concerns and advancement of women who are involved in any and all aspects of the art and industry of animation.

Shopping Cart
How to Use These Bryce 3D Materials

Free Bryce 3D Materials Downloads – Multi use materials that can be applied to any object in Bryce 3D. Download, unzip and save to a folder of your choice. Open Bryce 3D, create an object and click “Ctrl+M” or the “M” in the attributes menu to open the “Material Lab” Click the arrow top right of the preview window to open the materials library. Click “User” then, the import link and find the desired material for import on your computer and select it and open. Click the check marks to apply to the object.
These materials are intended to aid in educating students and speed up projects for advanced users and production houses. They are for personal and or, commercial use and please, feel free to enhance them in any way you like. Anyone that would like to submit a material for the Bryce users community are welcome to do so by contacting me. Enjoy!

By downloading, you agree to the Free Downloads Agreement.

How to Use These Bryce 3D Materials
To use these free materials… After downloading, double click to unzip the file and then copy/paste file to the folder of your choice.

How To Import a Material into Bryce:
Open Bryce and create a simple default object.
Click “Ctrl+M” or the “M” on the attributes menu to open the “Material Lab”.

Click the down arrow next to the upper left hand window to open the materials library.

Click down arrow on the bottom left and select “User”.
Click the import link and find the desired material for import on your computer, select it and hit “Open”.

Click the check mark to load the material into the library.

To Apply a Material to an Object:
Open Bryce and create a simple default object or, open one of your own.
Click “Ctrl+M” or the “M” on the attributes menu to open the “Material Lab”
Click the down arrow next to the upper left hand window to open the materials library.
Click down arrow on the bottom left and select “User” library.
Click material to select it and hit the check mark to apply it.
You can then tweak it to your hearts desire. Click the check mark to apply to object.

These materials are free for personal and commercial use as long as you have fun with them and hopefully, learn more about 3D modeling, animation and special effects!  Please let us know what you create, I would love to see what you do with them.

By downloading any of the 3D models, wallpaper, tutorials or, any other free stuff from the Infinitee Designs Website you and/or, your company explicitly agree with these following terms and conditions:

If your are submitting your models and or, images for addition to the artist of the Month exhibits or, to be offered in our free stuff for artists section of the Infinitee Designs Website, you state that you are the true creator and copyright owner of the submitted material. Also, you and or, your company agree to willingly and fully grant Infinitee Designs the rights to distribute the submitted works without compensation with these same restrictions to the general public. Of course, you will retain all copyrights to your rightful submissions and will be given full credit as to ownership and not hold either Infinitee Designs or, Ralph Manis responsible for any misuse of your material.

Thank you for being and helping your fellow artists!

To use these free models… After downloading, double click to unzip the file and then copy/paste file to any folder you desire.

These models are free for personal use as long as you have fun with them and hopefully learn more about 3D modeling, animation and special effects! Whenever possible, please give credit to Infinitee Designs and a link to http://www.infinitee-designs.com is always appreciated. Please let me know what you create, I would love to see what you do with them. 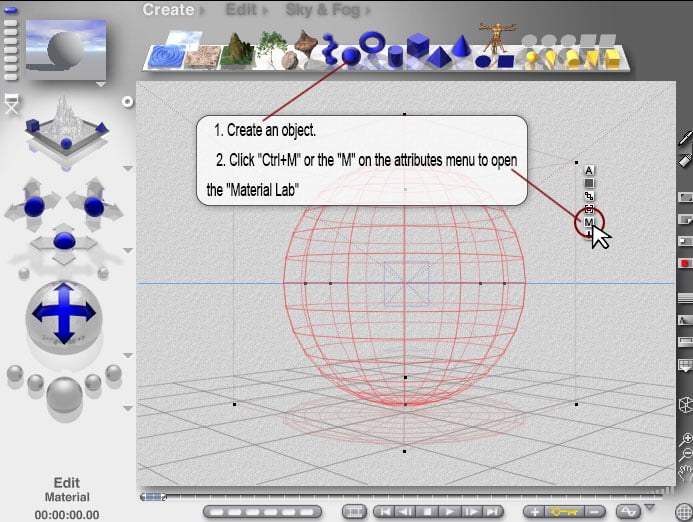 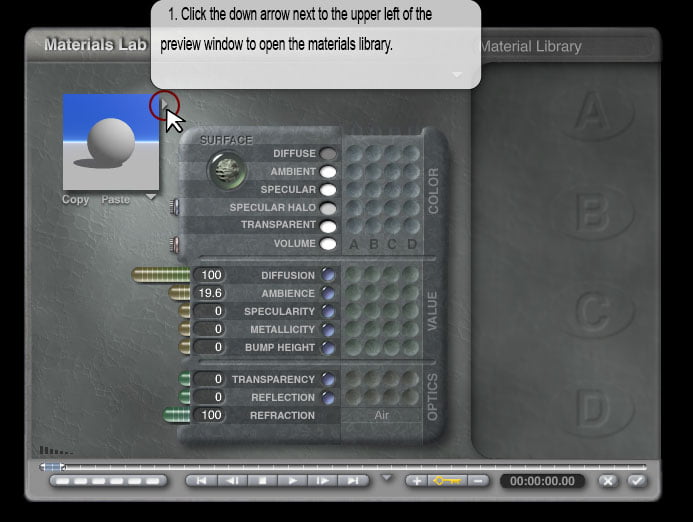 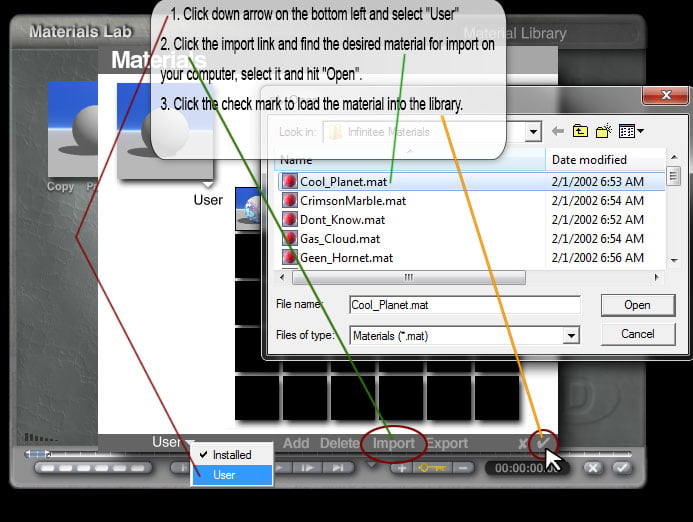